Enquire about this "Offices for Lease Wellington City" property on nzcommercial 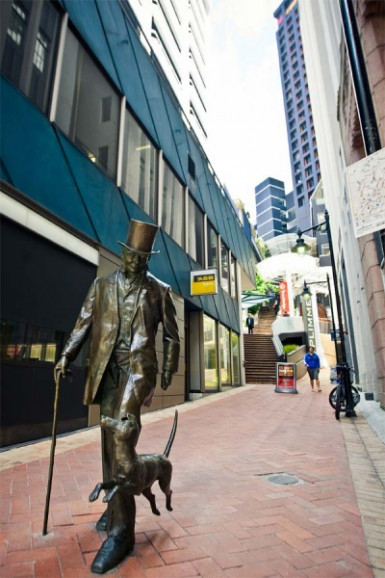 Originally developed by construction tycoon Arthur Williams, the building was opened in 1977 as the Williams Centre. At the time of opening, it was Wellington\'s tallest building until 1984, when the nearby BNZ Centre opened. A second matching tower was opened in 1985.

Williams sold the building to Smart Group NZ in 1986, which was severely affected by the 1987 sharemarket crash. It was later purchased by the Singaporean-based Grand Central Group in 1993 by which time it was renamed the Plimmer City Centre, with the hotel section rebranded as a Copthorne.

In 2010, the complex was refurbished and repainted by owners, Australian-based Eureka Funds Management and the Toga Group. Hotel naming rights were passed on to the Travelodge group.

Currently available is a full floor on Level 13 being 588.80mÂ² - refurbished, open plan with a reception and multiple meeting rooms on the southern wall.


For more information or to arrange an inspection contact Al Gustafson on 027 223 6013 or email al@agentcommercial.nz

A member of the specialist CBD team.